You may find your abs ripped, shredded, and developed to the max! Don't worry, this is a normal side effect of intensely performing these ab training techniques and exercises.

Caution! You may find your abs ripped, shredded, and developed to the max! Don't worry, this is a normal side effect of intensely performing these ab training techniques and exercises.

To maximize your mid-section development, the rectus abdominis, external obliques, and intercostals must be equally and evenly developed in proportion to the surrounding muscle groups: the pecs, legs, and back. Employ variety and change to shock the muscle groups of the abs as much as possible to build the kind of quality muscle you want! You've gotta make them respond with whatever it takes to make them fully developed no matter how hidden they are!

The great advantage to training abs is that it doesn't take much motivation to want to blast them! But, developing competition worthy abs is more than just a matter of size building. Every contour, striation, and angle must be brought out. This requires working the mid-section from a varitey of angles. It takes a variety of high intensity ab exercises to confuse the adbominals, obliques, and intercostals into gigantic, ripped proportions. 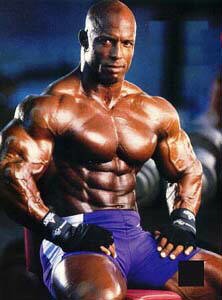 Nothing ties a bodybuilder together more than ripped abs. Imagine sweeping lats, and a full ribcage complete with well-developed pectorals. Imagine a big layer of fat around the abs...not a pretty picture? Ripped abs definately complete this pose. This kind of development isn't something you're born with. It takes hard work, dedication and hard training over the entire body in balance and power.

Want Washboard Abs?
As the visual center of the body, abs play a crucial role in bodybuilding. Your eyes are ineveitably drawn here. Women actually have it a little easier than guys because guys have a disproportionate number of fat cells on the stomach. So, seeing well-defined abs is a sign of incredible hard work.

Tips on how to build fully developed abs:

Tips on how to build the obliques: