The battles you fight in virtual worlds can help you win your real-life fitness battles, if you get in the right headspace. Power up here for your next PR!

Video games were once a fun pastime for kids growing up in the '80s and '90s. Today, they're much more. Not only are they a multibillion-dollar industry, they're also a way of life for many millions of people. As such, it would be crazy not to conclude that there are some important life lessons to be learned from them.

Video games have definitely helped prepare me for the arduous journey that is fitness, and I know I'm not the only one. Sure, you're often sitting on your can while you play, but you're also developing the mindset and skillset needed to tackle the challenges that come with getting stronger, building muscle, losing weight, or simply wanting to "level up in life."

Still your nerdy heart for five lessons that you can take from your favorite console and plug into the weight room.

Lesson 1 The "Game Over" screen is just the beginning

Few things are more dreaded more by gamers trying to get to the end of a button-mashing journey than the words Game Over."

We've all come across this screen one way or another whenever our video game character has met some sort of unfortunate end. For little Mario, it was running into a Goomba. For Pac-Man, it was getting caught by a ghost. And Frogger, well, he couldn't make it across the road every time.

But the funny thing about "Game Over" is that even though it means you've failed, you can always keep going. Experienced gamers know it's just a reason to pump in another quarter, click continue, pick up where you left off, and try again. (And again and again, in many cases.) You get a reward for this persistence, too: You know more about your enemy's attack patterns, and you're equipped to make it just a little further.

Like video games, almost no one gets things right in fitness the first time—or the second, or the third. Setbacks or "game overs" are bound to happen because things never go the way you expect them to. With time, you can see that these setbacks are an integral part of your experience. Sure, they are discouraging in the moment, but they're also necessary for your growth and progress.

The funny thing about "Game Over" is that even though it means you've failed, you can always keep going.

Lesson 2 Make sure the pieces fit

Tetris is a classic puzzle game from the 1980s that forces the player to rearrange several variations of blocks that fall one at a time. The overarching goal is to prevent these blocks from stacking and accumulating to the point that they fill the screen and the game is over.

Of course, as the game drags on, they fall with increasing speed and randomness—and you never know which block you're going to get. You have to think quickly and make decisions about how to make the pieces fit.

I saw the Tetris analogy almost immediately when I got serious about fitting together my dietary habits, workouts, and overall lifestyle. Needless to say, it also extends to meal planning and macronutrients.

Think about it: In the beginning, you lay down a foundation pretty easily. Things are going swimmingly, but life drops a few oddly-shaped Tetris blocks, and you're left scrambling to figure out how to make it all align. Little gaps start to appear, and everything starts to get a little more urgent.

The point isn't making all the blocks fit all the time—they don't. You have to make decisions on the fly and, yes, make some compromises along the way. But keep playing, and you'll get that one piece that comes along and makes everything else click.

And if that piece doesn't come, well, see Lesson 1.

Lesson 3 It's all about the grind

In the beginning, all video game characters start at Level 1. As you expose your characters to more battles, they gain more experience and begin to "level up", gaining more strength, wisdom, agility, and general bad-assery. The actual process of leveling up, however, is a lot less exciting than it sounds.

It involves hours and hours of boring, repetitive activity, otherwise known as "grinding." Gamers like me are familiar with dedicating the time to grinding, because we understand it's necessary for the greater challenges and much stronger foes ahead.

You'd better believe this extends to fitness. Sure, you can just do "fun" workouts and achieve some results, but if you want to progress from beginner to intermediate to advanced—in other words, to get better at stuff and become a master of the game—there's going to be plenty of grinding involved.

The grind in fitness is the afternoon you spend prepping meals rather than gaming (or at least the game is paused). It's the meal that your taste buds aren't particularly excited about, but you've gotta eat anyway. It's the workouts where you go in and do what you need to do, even though you'd kinda rather be curling—er, doing—something else.

Don't spend your life looking for the cheat code. Embrace the grind! It's the only way forward. 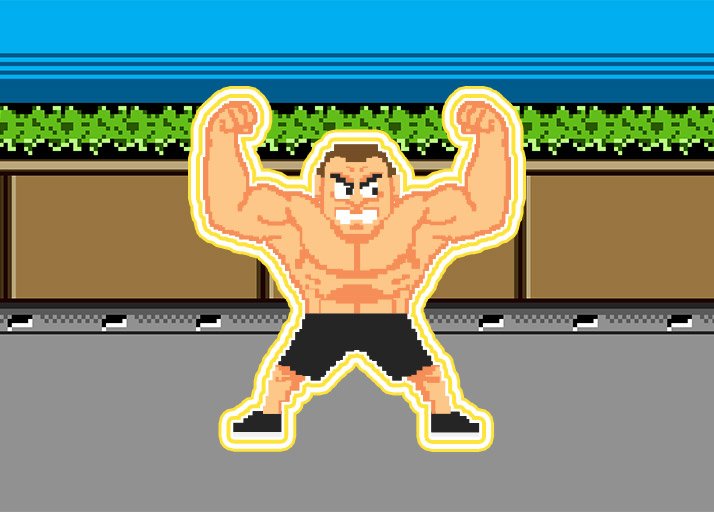 Don't spend your life looking for the cheat code. Embrace the grind! It's the only way forward.

Certain genres of games such as RPGs, or role-playing games, require the game's characters to draw from a reserve of energy called "magic points." They need to draw from this reserve every time they fight bad guys, heal injuries, or move mountains. No matter how big or small the ability, it will cost magic points. If you use your magic points indiscriminately, with no forethought or reasoning, your character can no longer cast any special abilities.

Your willpower is like that pool of magic points: finite and prone to being emptied throughout your journey. Every time you make a decision to do or eat something—maybe you chose the chicken salad instead of the roast beef sandwich for lunch today; or you mentally wrestled yourself for 30 full minutes before finally stepping into the gym—you are cashing out from your daily bank of willpower. When you go to the gym without a plan and have to piece things together, you're also using up your willpower.

Understanding your willpower in terms of magic points helps you think about conserving them for the situations in your day that matter the most, and then streamlining the rest of your daily tasks. This is why many fitness experts recommend that you do meal prep in bulk, so you don't have to think about the details of what you'll eat for lunch—it's already there.

You'd better believe that the same approach can be used to quantify recovery from intense training. Muscle points, anyone? If you've got an important boss battle coming up against a loaded bar that has owned you up to this point, you'll need to stock up on both kinds of points to have a chance of winning. Good nutrition, sleep, and rest suddenly make a whole lot more sense.

Lesson 5 "Gaming" is bigger than any game

Some games offer something called a "New Game+." Just when you thought you'd already completed the game, this feature allows you to carry over all of the skills, equipment, and stats you've worked hard to build toward and begin the journey anew.

Likewise, the fitness journey never ends. You simply get stronger, grow wiser, figure out new challenges, and become more and more awesome—even long after you've reached your initial goal. Do it all, relish the battle, rest for a moment, and then do it all again!