The field of competitors at the Arnold Sports Festival's inaugural Men's Physique contest proved highly competitive. At the end of the day, it was Sadik Hadzovic who was named Men's Physique Pro champ!

New bodybuilding categories beget new champions, and the ever-expanding Arnold Sports Festival added one of each on March 6, 2015.

Sadik Hadzovic, the three-year IFBB pro hailing from the United States and the former Republic of Yugoslavia, won the inaugural Arnold Sports Festival Pro Men's Physique contest, besting a highly competitive field of physique athletes. Hadzovic has competed in 12 shows since turning pro in 2012, never finishing lower than fourth in any of the contests. He has twice finished in the top four at the Olympia.

The premiere of the Pro Men's Physique competition showcased a new class of fit, lean, muscular athletes rocking board shorts on the Expo Stage at the Greater Columbus Convention Center. See how you favorites finished! 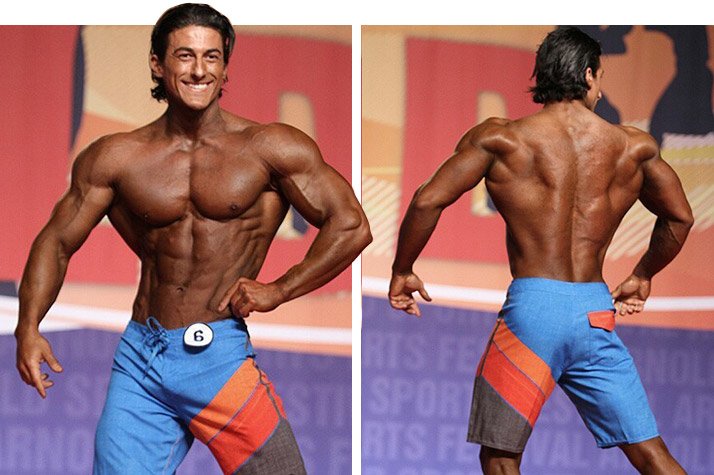 At the meet and greet on Thursday, Hadzovic—the 2014 Olympia Men's Physique runner-up—said the judges and crowd would be wowed with his presentation. He came in ripped and confident, and never stopped smiling. I think he looked better in Columbus than he did at the Olympia. He has just set the standard for this new category. 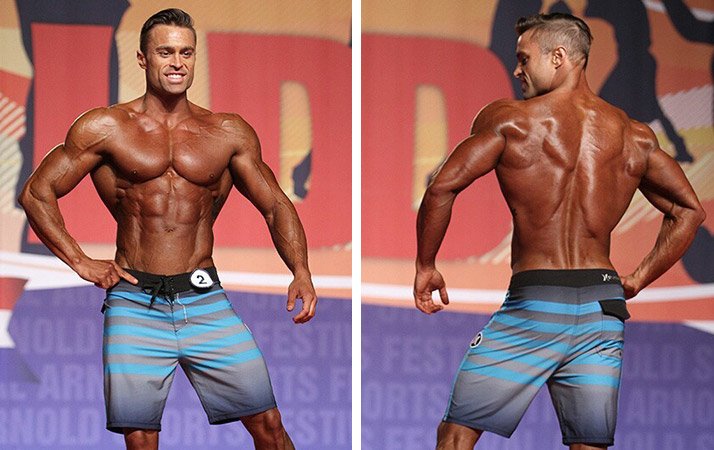 The Dallas native had some support from the crowd today. He looked good from the rear, but wasn't going as wide as he could have when he went through opening comparisons. He clearly deserved this second-place finish, but he could not match Hadzovic's width or conditioning. 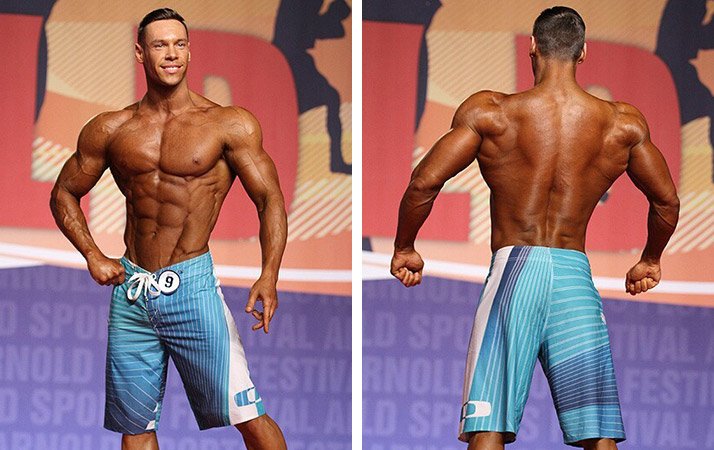 Antipov looked great, but he transitioned quickly, which made it hard to analyze his physique. From what we did see, he didn't look the best from the rear either, and his conditioning has been better. 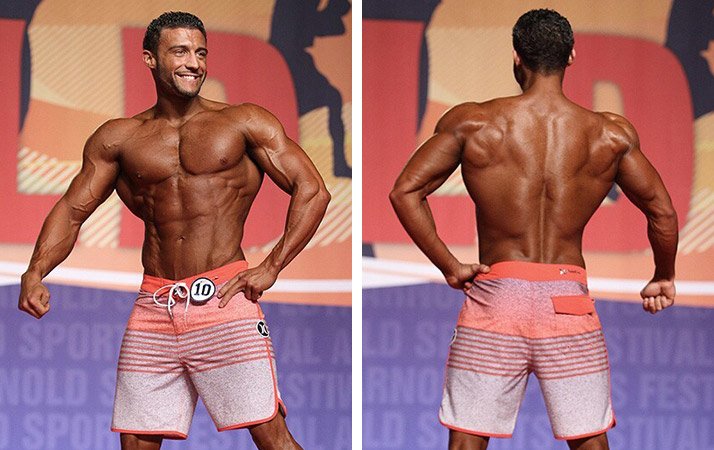 Acton was fist pumping and excited to be part of the first edition of Men's Physique in Columbus. His positive energy helped him, but the 2013 Toronto winner just didn't have the conditioning to match Hadzovic. If he improves his shoulders and arms, he'll be a contender down the road. 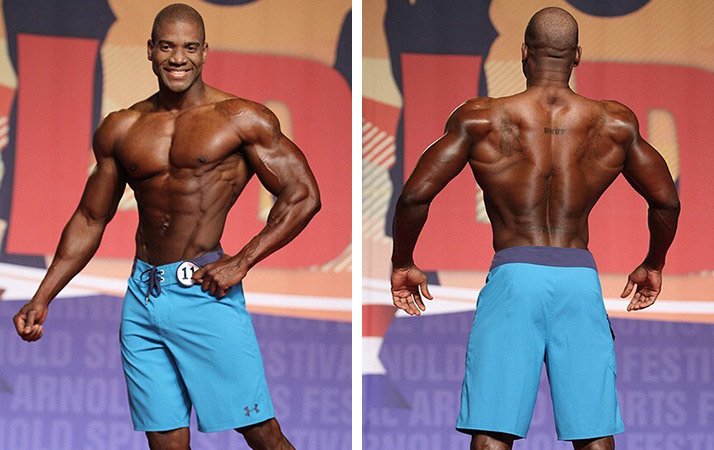 As an active Marine from Southern California, Xavisus Gayden looked like a real-life hero on the stage. The third-year pro displayed a great back and a small waist, but he lacked the kind of detail in his midsection that was prominent in the other top placements. I would like to see him improve the size of his arms. 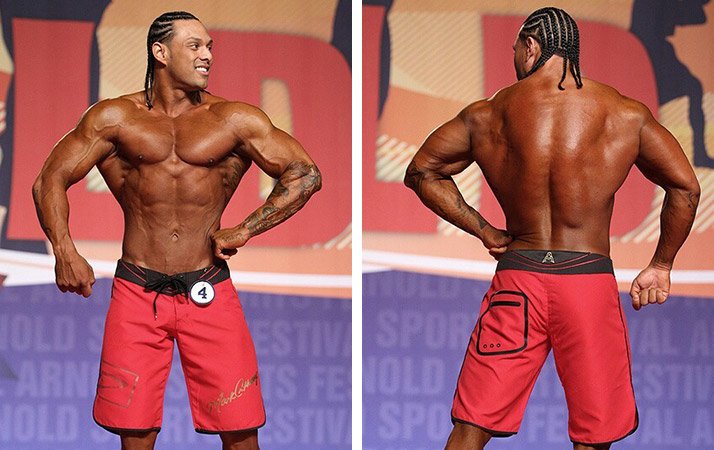 Wingson was unhappy not to be considered the favorite coming into this show, so he was motivated to prove himself in Columbus. Since he was the inaugural Olympia Men's Physique winner, he has experience with winning big shows, but this one didn't go his way. He looked about the same here as he did at last year's Olympia, but wasn't in the same condition as he was in 2013.

THE REST OF THE FIELD

Adams came to Columbus representing the state of Wisconsin. He displayed thick muscle, but didn't have the size to compare with the Top 6. He also lacked detail from the back—which was crucial in this lineup.

Anderson didn't have the best shoulder-to-waist ratio, and it cost him here. If he adds more size, he can do better in a top show like this. With opponents like Hadzovic and Poston in the lineup, Anderson got shuffled out of the Top 6.

Brown—a Columbus native—was proud to represent his hometown and lucky to have the home-stage advantage. Unfortunately, it didn't work in his favor. He needed more conditioning and didn't appear confident onstage. He's only been a pro for a couple of years, so that may come with time.

Franco came all the way from Brazil and brought a big back with him, but unfortunately he looked soft once he got under the lights. With Hadzovic looking the way he did, Franco had no shot here. Although this category isn't the same as bodybuilding, champions must still be ripped and able to hold poses; Felipe seemed to struggle in that regard.

The Team Bodybuilding.com member from South Bend, Indiana, said he was just thrilled to be here. He was one of the bigger boys onstage, but didn't have the back to match the Top 6 finalists.