Fitness, beauty, fashion, and modern muscle will be on display this weekend at the WBFF Worlds! Who will win? Watch live!

This weekend, the Cosmopolitan Hotel in Las Vegas, Nevada, will play host to one of the greatest spectacles in fitness. The World Bodybuilding Fitness and Fashion (WBFF) World Championships begin Friday night with amateur competitions and then finish Saturday night with the pro stage show.

It's not just a bodybuilding competition—it's a showcase. Each of the 6 categories of models will perform and pose in distinct outfits, from bikinis and posing trunks to evening wear (gowns and tuxedos) to the intricately decorated theme wear of the international Divas.

Competitors from North America, Europe, Africa and Australia will compete to become representatives of the WBFF. The athletes and models are also on site to do photo shoots, make contacts within the industry, and make friends (and rivals) backstage.

"They say it's where fitness meets fashion," says Amanda Saccomanno, Pro Bikini Diva and 2014 frontrunner. "It's about showcasing your whole package, your hair, you're all glammed up. With the theme wear and the gowns, it makes it more of a mainstream production, rather than just being a fitness show."

Reigning Bikini Diva champion Lindsay Messina (2012-13) will not compete this year, leaving the door open for Saccomanno and the rest of the hard-working competitors waiting in the wings. However, to make their winning dreams come true, the ladies will have to get past three-time Pro Diva Fitness Model champion Andreia Brazier, who is hungry to win back her crown.

Each of the competition categories also has a corresponding amateur contest to be held the night before. Winners of each will receive a pro card and an automatic qualifier for the 2015 pro show in Vegas. You will see some amazing bodies in both the pro and amateur shows. If you can't make it to Vegas this weekend, check it out on pay-per-view. 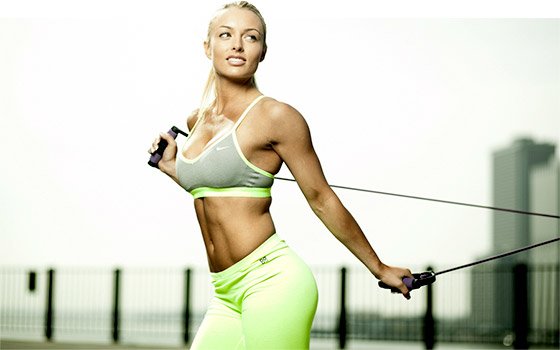 "It's about showcasing your whole package, your hair, you're all glammed up. With the theme wear and the gowns, it makes it more of a mainstream production, rather than just being a fitness show."

The main goal of the contestants isn't to be the biggest or most muscular on stage. The WBFF has different aims. They are looking for people who are marketable to fitness magazines, photographers, international companies, and modeling agencies. The body is vital, but looks are just as important. It is about fitness and beauty.

"I want people who are participating in the show to have a remarkable experience, and I want the audience to have an incredible show," says WBFF founder and former IFBB Pro Paul Dillett. "I want people to walk away from the production happy. In some way or another, we all love fashion and beauty. I want to encompass all these things—fit people, beauty, and fashion—and then package it all together. People will see that vision for real this weekend!"

"I compete in the bikini division, where we're not too muscular," Saccomanno says. "I can keep my curves and my femininity and I like that aspect. I've always had an athletic shape, but in the past year I have transformed it more into a fit and aesthetically pleasing physique. I want to maintain my body for more modeling and acting."

The female competitors stun the audience. They wear bikinis and posing suits, then wear evening gowns and colorful—and often flamboyant—theme wear. Even some of the edgier women like Ashley Hoffmann use this weekend as a chance to show their Diva sides.

"I have a hard-ass look to me," Hoffmann states bluntly. "It's kind of nice to have a weekend where I can be girly and be pampered as if I am the Fitness Diva that I portray on stage. People who know me know that I live up to the Diva reputation—it's just that my sense of style is a little different. I have my diva moments where I am a bit needy, but my style is a little bit more tomboy-ish. I do like getting dressed up, though."

Hoffmann was tight-lipped about her theme wear for this year's show. She did give up her colors (blue and white) and said her costume is about 7-feet by 6-feet. Some of the outfits are gigantic and heavy, but these are strong women who carry them across the stage of glitter and glam. 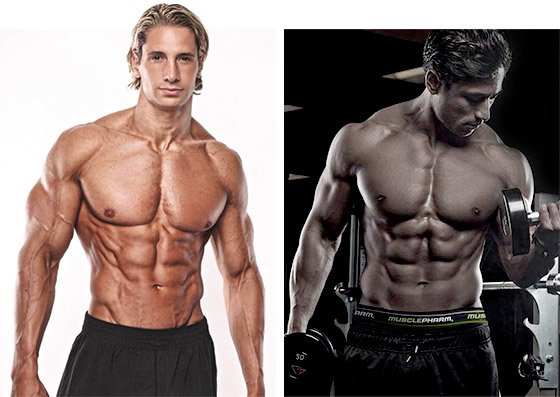 "It's pretty easy to get caught up the glitz of the women in the WBFF, but the men's side is equally eye-catching."

It's pretty easy to get caught up the glitz of the women in the WBFF, but the men's side is equally eye-catching. Dillett presents a stage full of men with Hollywood looks and classic physiques. He wants waspy waists, washboard abs, and the chiseled jawlines you see in fashion magazines.

"The Muscle Model category should be the most competitive," Dillett says. "They look like classic bodybuilders. It's a throwback to decades ago when bodybuilding was about balance. The magazines don't just put the best physiques on the cover. They want the best physique and also the best face. That's marketability. That is the muscle model."

This year, Shaun Stafford hopes to take back the Male Fitness Model title that Justin Gonzalez took from him in 2013. Stafford, the 2012 champion, appears to be in fine form.

In the Muscle Model competition, it looks like anyone could take it. Jaco de Bruyn from South Africa is looking to unseat A.J. Ellison, the returning champ, but that is no easy task!

"From the photos I've seen on social media, the guys all look good," Ellison says. "That's the reason they are all pros and why they're at the world championships. There's not going to be a bad physique on stage." 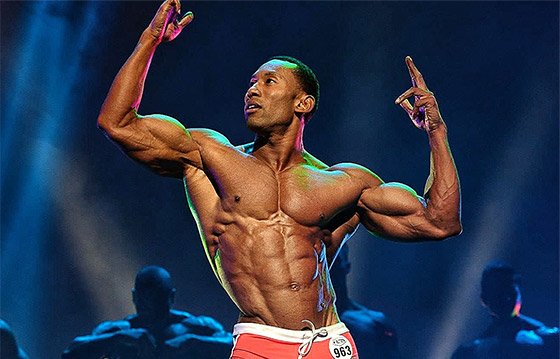 "The guys all look good. That's the reason they are all pros and why they're at the world championships. There's not going to be a bad physique on stage."

MORE THAN A COMPETITION

Ellison did a photo shoot Tuesday and plans to use the weekend for networking in the industry. "I chose the WBFF because they work to expose their athletes," Ellison says. "They give us the pedestal to promote ourselves."

Since the competitors this weekend come from all over the globe, so will the modeling opportunities. The WBFF added six shows this season, and more will come next year. Still, most of the events take place in North America.

The competitors use Worlds to not only meet agents and agencies, but also to reconnect with friends made from years past and to finally meet people they have only connected with online.

"Everyone is from all over the world and that's great for Worlds," Saccomanno says. "You see how many different countries get together and the different cultures and looks you get from the show. It adds diversity. Everyone is different and everyone appears different on stage."