The Sandow goes to the best physique, but we won't know who earns it until tomorrow night. Here's what happened during prejudging.

At the 2013 Mr. Olympia prejudging, four previous Mr. Olympia winners lined up to face off in what some are calling the most competitive field in twenty years. This was a bodybuilding fan's dream, and the excitement in the Orleans arena was palpable.

While the Olympia judges aren't exactly known for keeping the winner a secret until the final competition, the callouts contained a few surprises. Here's how the action unfolded:

The Competition Gets Hot

The reigning Mr. Olympia champion, Phil Heath, looked incredible as he prowled the stage. He said in the press conference that he wasn't going to let anybody take away his Sandow. After watching him tonight, I believe it. Kai Greene joined him in the first callout. Kai's density and mass were outstanding, but he lacks Phil's structure. 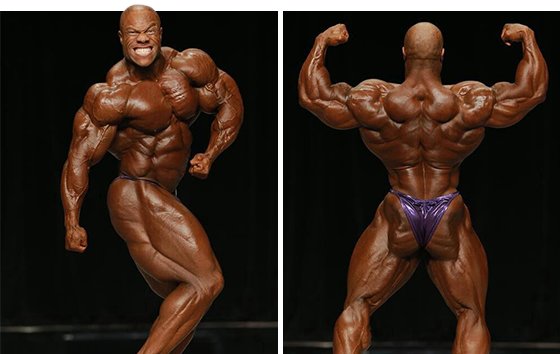 If those two end up of one-two, who will be third? At first it looked like the judges preferred Dennis Wolfe, who came in looking like he wanted nothing more than to knock Phil Heath off of his pedestal. Wolfe's presentation was fantastic--definitely a surprise to those who haven't been paying attention. But the judges also added Shawn Rhoden to the mix. Rhoden's shape and size are perfectly balanced, and you can't look at him without thinking: that's what a bodybuilder should look like . At the end of the night, it looked like Shawn may have finished ahead of Dennis. We'll have to wait until tomorrow evening for the verdict.

Also in the first callout was Jay Cutler, clearly enjoying his return to the stage. He had the mass, but his shape wasn't quite there. Dexter Jackson also made it into the first six. As usual, The Blade was razor-sharp, but the Olympia competition is just too good this year.

Posing For A Prize

After the judges sent Kai, Phil, Dennis, and Shawn back in line, they brought out Lionel Beyeke, Mamdouh "Big Remy" Elssbiay, and Roelly Winklaar to compare with Jay and Dex. Everybody looked big, peeled, and ready to be part of the top ten of a historic Mr. Olympia. 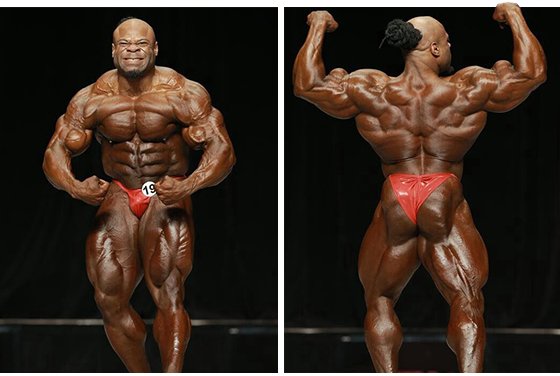 The third callout included Branch Warren, Cedric McMillan, Evan Centopani, Victor Martinez, and rookie Steve Kuclo. Although Branch and Victor may have expected better from their returns to the Olympia stage, the crowd was happy they were there and cheered them along the way.

The fifth and final callout brought Shawn, Kai, Phil, and Dennis back to the front. They hit only one pose before Phil was sent back into line. The judges may have kept their choice under their hat, but it's difficult to pretend Phil doesn't look like the god of bodybuilding. Unless something goes terribly wrong, I think it's safe to say Phil Heath is going to three-peat. 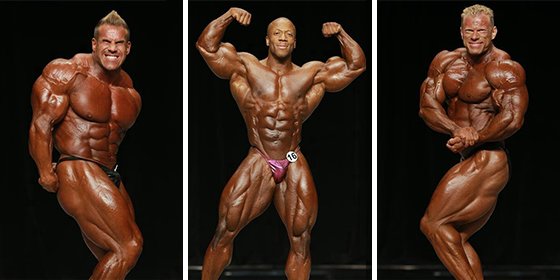 The judges brought in Dexter Jackson to replace Phil and to compare with Shawn and Dennis. If the placings hold out, it looks like the top five have pretty much been determined.

Phil's excellent performance tonight doesn't mean you should skip the finals! A lot can happen in a day and the competition can only get better.