Iris Kyle is back in the game. But there are other talented bodybuilders hungry to earn a Ms. International trophy. Find out who will be posing down to beat her!

A field of 11 incredible women will battle for the Ms. International title. Although the field includes some new talent, big names like Yaxeni Oriquen, Debi Leszewski, and Iris Kyle are sure to be the crowd favorites. Last year, Iris took a pass due to injury. We'll see if she can bring the unbeatable physique we've grown accustomed to seeing. Last year's third-place winner Alina Popa has chosen to sit this one out in order to focus on the Olympia. This small change could have a big impact on the top-five callout. Find out who's going to be flexing for the win!

Iris returns to the International stage after sitting out in 2012. Iris is in a league of her own. The only way she'll lose is if she doesn't come prepared. Genetically she has the X-frame bodybuilders covet, is well balanced from top to bottom, and is always in great condition. If she's in the lineup, the real battle is for second place. 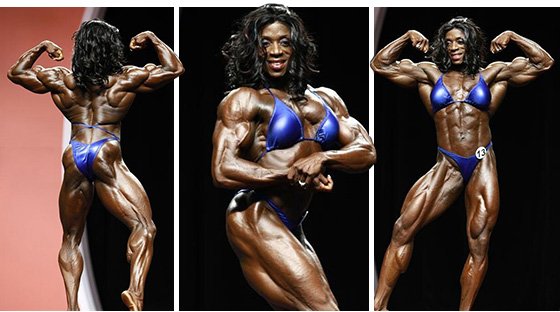 The term "boulder shoulders" was invented for Brigita. She has a tremendous physique and is relatively balanced from top to bottom. Although it's difficult to find areas of improvement, you could say that she may need a bit more peak to her biceps. Her sixth-place finish last year surprised many people. This year, don't be surprised if she's standing next to Iris and Yaxeni in the top spots.

Last year, Kim edged out Brigita by four points to finish in fifth place. She'll look to match and improve upon that this time around. She has an impressive rear double biceps shot but often appears a little thin in the legs. If she comes in with great conditioning and a little more leg size, she could definitely move up.

Tazzie has been competing for 10 years and consistently lands in the top 10, but has never had consistent placings. She won the 2007 Europa Supershow and finished in eighth at last year's Tampa Pro. She has a long torso, which tends to hurt her when she's up against other competitors with better structure. With so much experience, you can be sure she'll bring her best to this year's Arnold.

We haven't seen Angela on stage since the 2008 Atlantic City Pro where she finished 10th. She made a name for herself in the mid-to-late 90s in Brazil. She finished in third at 2001 Ms. International, but the landscape of bodybuilding has changed since them. It will be interesting to see what happens when she returns.

Debi has positioned herself as one of the top women in the pro bodybuilding division. She placed second at this contest last year and earned second at the 2012 Olympia. She hasn't finished out of the top five in more than a dozen shows. Debbie packs muscle on her 5-foot-4 frame. She'll be a leading contender once again this year. If she catches Iris on an off day, she could step into the winner's circle. 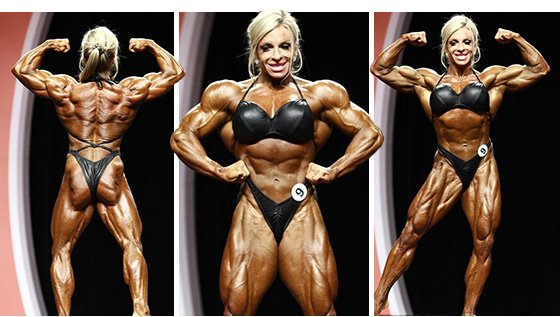 Cathy is no stranger to this stage. She's been competing as a pro for close to two decades. She took fourth at the Ms. International last year and will more than likely be in one of the top spots this year. Although she's a fan favorite, Cathy can look a bit wide in the waist at times. If she can pose to hide her weaknesses, she'll benefit. Look for her in the top callout.

Yaxeni is another seasoned veteran to the Ms. International stage. She knows how to work the crowd and hits poses that perfectly highlight her muscle details. You'll see feathered quads when she hits her ab and thigh shot. Yaxeni has won this show five times. If she beats Iris, she'll even her score with six Ms. International wins each. 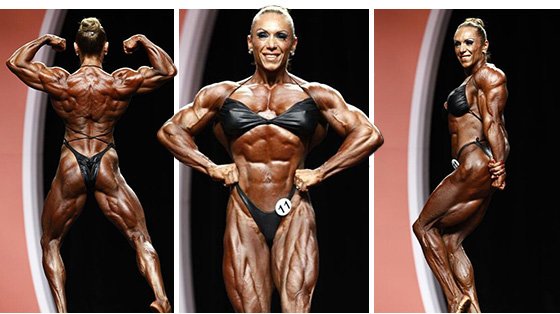 Jeannie placed seventh at this show in 2011 and was 12th in 2010. In other pro events though, she's placed as high as second. She has the tools to get back into the mix, but will need slightly better conditioning in her glutes and hamstrings than we saw during her 2011 showing.

Olga took top honors at the 2012 Arnold Amateur to earn her a spot on the pro stage. We'll see how she matches up against a competitive field of veterans. She carries a lot of muscle on her frame, but will have to put aside the rookie jitters to crack the top five.