Big On A Budget: Food Shopping Like An Animal With Frank McGrath

Is it possible to eat enough to grow on only $50 per week? It is, according to IFBB pro Frank McGrath. Hop in the kiddie seat and let him push you down the grocery aisle.

One of the biggest challenges of bodybuilding is eating enough to grow like an out-of-control weed. I get asked all the time, "How do you afford to eat? How do you do it?" I may be a pro now, but I've been there. I had to make do.

One of the biggest reasons people fail with their diets is because they think they have to eat plain crap or chicken seven times every day. I can't do that. I'll go crazy, and I won't want to eat. I have to mix it up and have different tastes every meal. Sure, I'm not pounding cheeseburgers, but I have to have some flavor.

But, could I eat like that a on a tight budget? We'll see. In the first Big on a Budget challenge, my Animal brother Evan "The Ox" Centopani had the assignment to buy a week's worth of food for less than $50. He came in at $49.45.

There was a whole lot of chicken and broccoli in that week, though. That's not my diet. So I headed over to Marazzo's Thriftway outside of Trenton, New Jersey, to see if I could eat the way I want for even less.

Not a Chicken in Sight

I grabbed a cart and stopped in front of the chocolate cakes. I could … but no. I passed up the bacon, too. I picked up some mayo, then put it back on the shelf. Protein was the main priority, so I headed straight to the butcher.

I was a skinny guy when I started, and I needed beef to grow. Today, I'm still a beef guy. I eat a little bit of chicken, but I've always eaten a lot of red meat. It has higher calories than chicken for when you're in the off-season, or if you're just trying to get bigger. Anyway, I'd just rather eat it.

Steak is great, but it can get pretty expensive. Instead, I went for 80/20 ground beef—a family pack for a family of one. The whole week's worth, about 7 pounds, cost less than $20. Try doing that with steak.

Something else that is really cheap, but I don't think a lot of people use enough, is canned tuna. I bought seven cans of chunk light for about a buck apiece. A can has about 30 grams of protein, and no cooking is necessary, just open it up and eat. Or if you're doing the tuna-and-rice thing like I am, here's a good trick: Add mustard. I didn't buy any today, but everybody's got some mustard, or ketchup, or whatever. It adds flavor, but it also just makes it a little wet so it goes down easier.

When you need to get another protein meal in there, think eggs. How many have I peeled in my life? I'm pretty sure it's a million. But just do the math: A carton of 18 eggs costs about $3, at 6 grams of protein per egg. Two cartons, five eggs per meal—30 grams of protein per meal—get you a week's worth of eggs for $6. Not bad. I was about 30 bucks in, taking care of my protein for the week.

Carbs were next, and the good thing is that carbs are cheap. Pasta cost 99 cents per pound—perfect.

A pound will last about eight meals, adding about 40 grams of carbs and about 200 calories per 2-ounce serving. It doesn't matter what kind you buy; they're all the same. I picked linguine just because I like the shape of it.

You can't go wrong with rice. I eat a lot of it, probably almost every meal, a cup and a half or two cups a meal—I don't do the brown shit. Five pounds of white rice was $3.29; you can't beat that. It'll probably last two weeks. So I'm ahead of the game. Good savings right there.

Pro tip: Bagels taste great, they're pretty cheap, and they've got a lot of carbs. That's what we want. So I got a bag o' bagels out of the freezer. There's 30g of carbs per bagel, two bagels per day at breakfast, for $4 total. Not too shabby.

I've seen all you guys looking in magazines at bodybuilders who eat their plain chicken breasts, plain rice, plain everything. Not this guy. I need a little bit of flavor in my life. That means sauce. You can put it on anything, but I was thinking of mixing the beef, the sauce, and the pasta.

Pasta sauce is pretty cheap. Glass containers are nice, but the canned ones are like a buck cheaper, and you get some nice forearm work as a bonus.

The only thing is that you can't store leftover sauce in the can, obviously, so when I open it up, I pour it in a plastic container. There you go. Two cans for $3 total is definitely enough for a week, depending on how much you use. I chose the meat flavor—gotta have meat flavor!—and the four cheese.

Remember, you've got to enjoy this, too. It's not all about suffering 24 hours a day. Spice it up.

I know what you're thinking, but sauce isn't a big deal. You've got to have salt in your food, or pepper, or whatever spices you want. You don't need to choke down that super-plain, dry chicken breast. Put some flavor on it!

Remember, you've got to enjoy this, too. It's not all about suffering 24 hours a day. Spice it up.

I was coming down to the wire with about 8 bucks to spare, so it was time for a treat. I know we're eating clean here, but I've got to have a little something-something. For me, that means something sweet.

I was thinking cola. I don't drink it much, but maybe once a day I like to have a glass of Diet Coke. Gotta live.

Then I saw these Tastykake Butterscotch Krimpets. I hear they're the shit. Twelve of them for $3.99? Yup. This is for taste, not for nutritional value. So guess what: These are in my diet. It's the off-season.

Still, walking to the checkout I was feeling guilty about the Krimpets. So, even though we were getting tight, I headed over to the fruits.

Everybody loves bananas, right? They were 49 cents per pound, and seven bananas weighed just over two pounds; I got an extra 105 calories and 27 grams of carbs for a buck.

The Balance Is Due

I was pretty sure we were going to make it right under 50 bucks, but I was still nervous. It was looking good, but the last item on the conveyor belt was the most expensive: the ground beef. Even with that $16, I came in at $48.21. Money to burn! We're going out tonight.

I got a lot of grub for under $49. Everything you need for a good bodybuilder diet is here, and cheap. It can be done. Don't let them tell you it can't.

Eating Big on a Budget 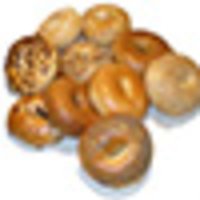 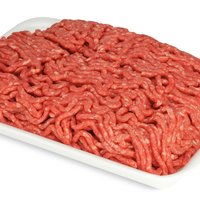 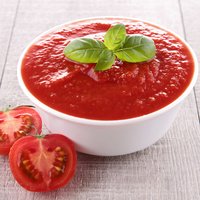 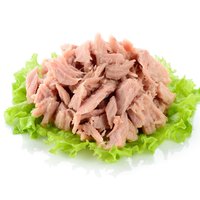 The total for the day, not including the Krimpets, is 235 grams of protein and 3,430 calories. All that for 50 American bucks and a few scoops of protein powder. This is definitely an off-season diet, but it's still pretty clean. Add one or two shakes each day on top of this, and you're at six meals per. You don't need any more than that.

A new budget bar has been set! Sorry, Evan. And I have tasty cakes.