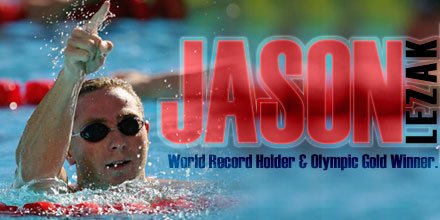 Jason grew up in Irvine, California and enjoyed all sports as a kid. He excelled in basketball, baseball, soccer, and swimming. He began swimming at age 5 with the Irvine Novaquatics where he still trains today. When he was 10, he had to make a tough decision between the finals of a run, hit, and throw competition at Angel Stadium for baseball and Junior Olympics for swimming. Swimming turned out to be the best choice where he went on to win a couple of events at the competition. That year he held the 2nd fastest time as a 10 year old in both the 50 free and 50 fly.

During the next few years, Jason went through some ups and downs in the sport of swimming. It wasn't until he quit basketball after his sophomore year of high school when he saw some big improvements again. He continued to improve all through high school making him an All-American his senior year and receiving a scholarship to UC Santa Barbara.2004 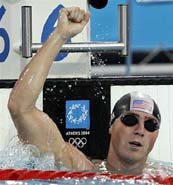 Pic 1, Pic 2College was a huge adjustment for Jason as it is for most, and he did not drop much time his first 2 years. His junior year he turned it around and placed 5th and 6th at NCAA's in the 50 and 100 freestyle. After he finished his eligibility in 1998, he went on to win his first national title and became a professional athlete.

In 1999 Jason competed in his first major international competition in Australia. Things did not go as well as planned, but it gave him the experience he needed for the future. 2000 was a great year for him, not only making the Olympic team, but medalling in both the 400 free and medley relays. A gold and silver medal would have been a great way to end a career, but Jason still believed that he had room for improvement.

In the last couple of years, Jason has enjoyed some success traveling the World Cup circuit. In 2000-2002 he won the 50 free 7 times and the 100 free 8 times. The summer of 2002 was a great success as well. He won his 5th and 6th national titles in the 50 and 100 free, went on to win the 50 free at the Pan Pacific Championships, and was a part of the world record breaking 400 medley relay. Jason is going to end the year as the world's fastest man which has been a dream of his for several years. He competed in the Athens 2004 Olympics and won several medals including a Gold in the 400 Medley Relay.