In part two, we will discuss specific hormones and their effects on the body. In this article the main concern is increasing endogenous mechanisms that result in growth hormone secretion.

In part one, we discussed the basic relation between hormones and cellular adaptions. In part two, we will discuss specific hormones and their effects on the body.

The anabolic hormones we will be discussing are testosterone, growth hormone, insulin and insulin like growth factors. These are the primary hormones involved with muscular growth.

Everyone involved with the exercise industry has some conception of testosterone. To most it is an evil word, "TESTOSTERONE." This stuff makes people commit violent crimes, die of heart attacks and suffer from strokes. It also allows anyone to put on extraordinary amounts of muscle. Where do these ideas come from? They come from ignorant people who know zero about this hormone.

The mechanism in which testosterone interacts with the cell nucleus is inexact. Once testosterone is secreted, a transport protein called globulin to a receptor site carries it. From here, a message is activated and sent to the cell nucleus. Protein synthesis is the result of this series of events. Concentrations of testosterone are often used as an anabolic marker. There are certain exercise variables that can have a positive effect on blood testosterone levels.

They Are As Follows:

Have you ever heard the saying, "Squat and deadlift and your whole body will grow." Elevating testosterone levels as well as stimulating large amounts of muscle mass are the reason this occurs. If you rely solely on the use of machines, try introducing compound exercises and expect your gains to accelerate.

The majority of research done on hormonal responses in relation to exercise has been tested on male subjects. Testosterone responses have been credited as the major determinant in the difference between male and female muscularity and force production. On average, males produce about ten times the testosterone of females. Thus far, studies do not show any significant changes in women's testosterone levels due to exercise.

Growth hormone has been cited as a growth mechanism in skeletal muscle tissue and other tissues in the body. Growth hormone is important in the normal growth of a child as well as the role it plays in adapting to exercise.

Some Of The Roles Of Growth Hormone Include:

Blood levels of growth hormone vary throughout the day. The highest levels of secretion occur during sleep. This is one of the reasons adequate sleep assists the body in recovering and growing properly. Exercise has been shown to increase growth hormone secretion at any time during the day.

Insulin is a peptide hormone that is secreted from the beta cells of the pancreas. Insulin can have positive effects on skeletal muscle, but it can also enhance bodyfat levels.

Insulin Functions Are As Follows:

Training has been shown to increase the sensitivity of insulin. The insulin drop during exercise is reduced by the training effect. Further research needs to be conducted to determine insulin's response in regards to training.

"Injectable insulin is very dangerous and can result in fatality within a matter of minutes." 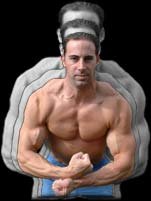 Manipulating insulin levels is important for physique purposes. The right amounts at the right time result in muscular gains while chronically high levels result in fat storage. Excessive levels of insulin reduce testosterone and growth hormone levels. High levels of insulin can also stop the production of eicosanoids. Jay Robb has stated that production of eicosanoids is synthesized within the body from essential fatty acids especially from linolenic acid. Levels of insulin can be manipulated by carbohydrate intake. Too much of a good thing can result in a bad thing.

Insulin like growth factors (IGFs) are secreted by the liver after growth hormone signals liver DNA to synthesize them. IGFs are classified as IGF-I, a 70 amino-acid polypeptide, or IGF-II, a 67 amino-acid polypeptide. IGFs travel in the blood while being attached to binding proteins where they attach to receptor sites.

The disruption of various cells including fat and muscle cells stimulates the release of IGF. Fat cells store high levels of IGF, while skeletal muscle contains small amounts. It is likely that non-liver cells release IGF without the assistance of growth hormone. It is also possible that specific cells produce IGF, but do not release it into the bloodstream.

Binding proteins play an important part in the function of IGF. IGF has been shown to stimulate the release of binding protein within the muscle itself, therefore changing the cells responsiveness to IGF. Nutritional profile has also shown to be an important factor in IGF responsiveness. Sudden changes in nitrogen balance and protein intake seem to effect IGF levels. Binding proteins act as a reservoir for IGF. These proteins release IGF once a receptor site is open. Thus the amount of IGF degradation is reduced.

At this time, it is unclear how heavy resistance training effects IGF levels. One study showed that a variety of different exercise patterns elicited an IGF rise about two hours after training. Further research needs to be conducted to learn more about exercise effects on IGF levels.

Controlling anabolic hormones is one of the most important aspects of controlling your physique. These powerful hormones previously discussed can help you to reach your fullest potential.

The most powerful catabolic hormone is cortisol. Minimizing cortisol levels can assist greatly in maximizing your growth potential.

Cortisol is a hormone that is produced by the adrenal cortex. This hormone is released to help the body deal with stress and provide energy to the body. The problem with this hormone is the catabolic effects it has on the body.

These Effects Are As Follows:

Resistance training that utilizes high volume; large muscle groups and shorter rest periods are responsible for the highest levels of cortisol. This is interesting because the stimulus that causes the greatest catabolic effect also causes the greatest growth hormone response. While cortisol levels promote breakdown, short time increases could also help with muscular growth. Muscles must be broken down in order to repair themselves and grow. Short-term cortisol elevation would help this process. Athletes often use testosterone-cortisol ratio blood levels to determine if their bodies are in a growth state. This sounds logical, but this ratio has proven unsuccessful as being a marker for mass and strength gains. The multiple roles of cortisol make the test inadequate in being a true marker of anabolism or catabolism.

In conclusion, it is evident that hormones are responsive to muscle tissue. Performance will be enhanced maximally by proper use of anabolic hormones.