In the ever-evolving world of Bikini, it's anyone's game. But tonight, one woman outshined her competition. Congratulations, Ashley!

This evening, the ladies of Bikini lit up the stage at the 2014 Arnold Classic. A new face has been crowned the winner every year since the category's inception in 2011. This year was no different as Ashley Kaltwasser became the fourth Ms. Bikini International.

The 2013 Olympia Bikini winner proved that she didn't just get lucky in Vegas. She's won the last three shows she's entered and placed no lower than second in her last seven competitions. Tonight she continued her impressive winning streak. She looked stunning in her emerald green bikini and brought a package that was just unbeatable. When asked how she put together such a stellar performance, she credited her hard work, dedication, diet, and consistency. 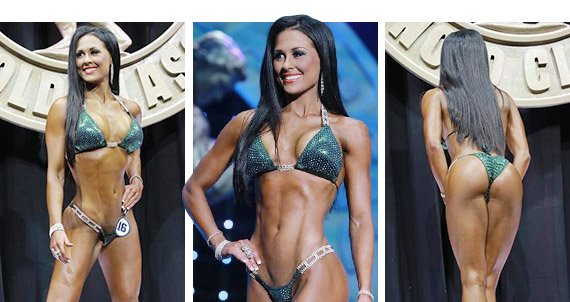 2013 Olympia runner-up and New York native Yeshaira Robles was a formidable contender. She has a lovely, proportionate physique and a tiny waist. She grabbed second place-the same spot she took at the 2013 Arnold Classic and the 2013 Olympia. There's no doubt it's only a matter of time before Robles gets that top spot in a big show. 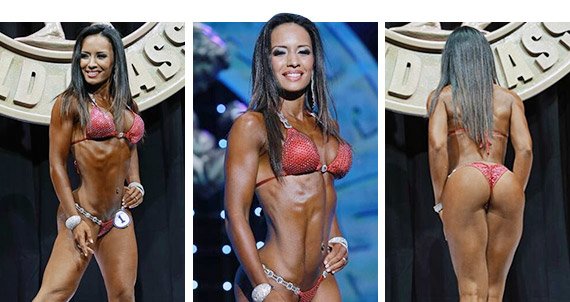 Coming off of a first-place finish at the 2013 Sacramento Pro, crowd-favorite and Las Vegas beauty Amanda Latona came in third. She looked conditioned and confident on stage. She hasn't competed in the Arnold Sports Festival since 2011 where she earned sixth. Tonight's top-three finish is a huge jump for her and will give her adoring fans one more reason to love her.

Nathalia Melo took fourth. Just as she did at the 2013 Olympia, she edged out India for a higher place. In addition to her famous booty, Melo's tight, toned figure set her apart from much of the lineup. She may have come in slightly too hard to a spot in the top three.

First time Bikini International competitor Stacey Alexander earned fifth place. She looked fantastic. Her bright red bikini complemented her complexion and made her pop on stage. Stacey will definitely be one to watch in upcoming shows.

Last year's winner India Paulino came in sixth. While she looked great, she came in a little soft, which might have contributed to her slip in the rankings. Undoubtedly, this finish will just fuel India's drive to get back into the top three.