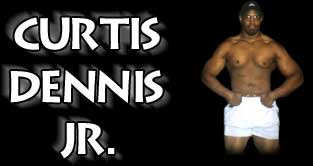 I started bodybuilding when I first took look at Flex Magazine. I've always been amazed by muscles, even in comics. From that point on, I was hooked on working out.

First, I started out working out from my house and then it went to my high school's weight room. At this time, I had met up with a powerlifter who was about my age at the time, 16, and was already benching 365. We arm wrestled against each other and he pretty much beat me really, really easily. That's when I realized that I wanted to be defined and strong, too, so I got hooked on powerlifting. I went about it through football, then I realized the love I have for lifting and quit football, practically.

Since 1997, I've competed in eight powerlifting competitions and placed first in five of them. I still compete today even though I've dropped body fat just to have the look of a bodybuilder, I'm stronger now at 220 than I ever was at 246. My bench is currently 350 for a double, 545 squat (not deep), and 540 deadlift. I'm hoping to compete in the nationals this year and really compete with the best!